Jude 1:11, “Woe unto them! for they have gone in the way of Cain, and ran greedily
after the error of Balaam for reward, and perished in the gainsaying of Core.” 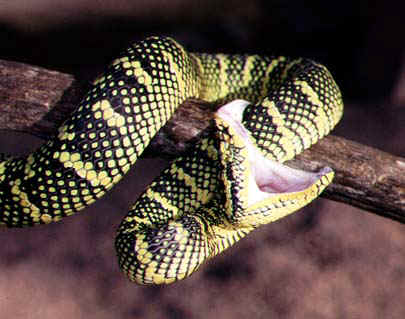 BEWARE of the New International Version (NIV) versions of the Word of God. Both the 1984 and 2011 versions are extremely corrupt. Tragically, the world's churches today are infected with corrupt theology because they are using corrupt Bibles. Satan is delighted, the father of all liars and deceivers (John 8:44). Satan's crowd has butchered the Words of God for filthy lucre's sake.

17 The wicked go down to the realm of the dead,
all the nations that forget God.

17 The wicked return to the grave,
all the nations that forget God.

Psalm 9:17, “The wicked shall be turned into hell, and all the nations that forget God.”

To say that the wicked go to the grave makes no sense, because the righteous also go to the grave. This is the difference between the true scholarship employed by ther 52 translators of the King James Bible; verses a half-dozen homosexuals, apostates and deeper-life Modernists who butcher the Bible today.

Psalm 9:17 clearly teaches that the wicked and those nations who forget God are going to the Lake of Fire to be punished for all eternity. The righteous will be in Heaven with the Lord, enjoying the blessings of a merciful God. Everyone who dies in their sins (having never received Jesus Christ) are going to Hell for ever. Ye must be born-again! (John 3:5). THE END

Beware Of The New International Version (NIV, or H.I.V.)
(written in early 2010)

Zondervan is up to their evil works again, greedily going after the way of Balaam. It was announced in September of 2009 that in 2011, an updated New International Version [NIV] will hit the market. Already, this is proving to be evil to the core. I tell you truthfully that the NIV is more deadly than the H.I.V. virus. H.I.V. is an acronym for “Human Immunodeficiency Virus.”

GUARANTEED, you will see further butchering of God's Word and an even sharper departure from the Biblical faith. Whereas the original NIV departed from the King James Bible in 65,000 places, the NIV 2011 will be much worse, I have no doubt . . .

Just as in the NIV, they've already announced that Acts 8:37 (which is in the precious King James Bible) will NOT be included, “And Philip said, If thou believest with all thine heart, thou mayest. And he answered and said, I believe that Jesus Christ is the Son of God.” Why would anyone remove this Scripture?

On the following webpage, they refer to Mary, Jesus' mother as the “Blessed Mother.” Blessed mother? That is Catholic doctrine! . . .

They openly admit that the goal of the new NIV 2011 is a universal Bible. Satan's goal is to funnel existing religions into a one-world religion, which will require a universal Bible; hence the NIV 2011. The Antichrist is coming!

The TNIV is to be discontinued and there's no doubt, as they have already hinted, that the NIV 2011 will be gender inclusive. The homosexual community is excited about the new perversion of the Bible. The whole notion of gender inclusivity is nothing less or more than political correctness, an agenda that should not be used to filter the Words of God. As the religious world has become more homosexualized, feminized and apostate, you can know that the NIV 2011 will reflect these evils. It is tragic that wicked people are corrupting the Bible to fit the political correctness of a wicked generation. The Committee on Bible Translation [CBT] are doing evil by following the corrupt texts of Westcott and Hort.

The Bible warns about changing even one Word...

Proverb 30:5-6, “Every word of God is pure: he is a shield unto them that put their trust in him. Add thou not unto his words, lest he reprove thee, and thou be found a liar.”

Jeremiah 26:2, “...all the words that I command thee to speak unto them; diminish not a word.”

These are evil people, who are making BILLIONS of dollars perverting the Words of the living God. With over 400 Bibles in the English-speaking language, who are they kidding? Like we really need another Bible in English! The NIV 2011 translators openly admit that their goal is to publish a non-biased Bible, that caters to multiple different religious denominations, including the damnable Lutheran religion that requires water baptism and holy communion for salvation. Martin Luther was an unsaved heretic!

Look at How Messed Up the NIV is!

The truth is that all parties involved love MONEY! Zondervan shot themselves in the foot with the politically correct TNIV. NIV sales have been collapsing. Now in desperation, they've come out with a so-called newer, better and more accurate Bible. How many times have we heard that lie before? And the Bible versions coming out continue to get worse and worse! Their real goal is money, money, money. There is no other reason!

Psalm 11:3, “If the foundations be destroyed, what can the righteous do?”

Satan is trying to destroy the foundations, taking away the Doctrine of Christ (2nd John 1:9), and perverting the simplicity of the Gospel message (2nd Corinthians 11:3). Whereas God confounded men at the Tower of Babel to prevent them from going to Satan (Acts 17:26-27); today Satan is confounding men to prevent them from going to God (2nd Corinthians 4:4). Satan is using all the hundreds of different corrupt Bible versions to confound everyone. All of the doctrines being taught in churches today are confusing, confounding people. Satan knows that people won't memorize a Bible that keeps changing. I plead with you, use only the King James Bible (not the 21st Century KJV and not the New KJV).

Satan is the author of confusion, which is exactly what Zondervan's business is . . . CONFUSION!!!

Satan loves to do this to us. He loves to draw us on, to seduce us, without allowing us to ever quite realise that all these harmless little steps really amount to a massive change of direction which takes us out of our accustomed orbit around the Son and into the darkness. Those approaching a cliff may do so by sleepy little steps. But one of those harmless little steps will not be so harmless. Suddenly the cliff-edge gives way. Waking, we find, to our horror, that we are falling, falling towards the rocks, into sin and death. Above us, as we fall in fear and misery, with certainty of pain ahead, there is demonic laughter at us.

This, I think, is what may have happened to the NIV team. If so they weren’t the first, and won’t be the last. But the first need is to recognise that they have been led into a serious sin, to repent, and take measures to deal with it. Just going on, as if nothing had happened, will not serve, and will make things worse.

The Devil's feminist, homosexual, abortionist crowd wants to produce a unisex Bible that doesn't condemn the sin of homosexuality. The NIV 2011 will be a theological nightmare, as is the NIV. It's all about the love of money and further corrupting the Words of God. I shudder to think what they're butchering in the NIV 2011. Be on guard against this coming imposter version of the Bible! Woe unto Biblica (formerly the International Bible Society), the Committee on Biblical Translation (CBT), and Zondervan publishers for corrupting the Bible!

First, it is ridiculed, second, it is violently opposed, third, it is  accepted as self-evident."
—Arthur Schopenhauer, German Philosopher (1788-1860)

Love and cherish your precious, inerrant, infallible, preserved and inspired King James Bible!!! There is no comparison!

1st Corinthians 14:33, “For God is not the author of confusion, but of peace, as in all churches of the saints.”

“As a blind man has no idea of colors, so we have no idea of the manner by which
the all-wise God perceives and understands all things.” —Isaac Newton (1642-1727)