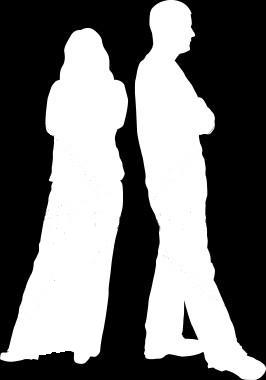 There is a dirty, rotten, Satanic lie circulating in most churches today that teaches it's ok for a person to divorce if their spouse commits adultery. Others errantly teach that Jesus was only speaking about "continued adultery." BOTH teachings are unbiblical. The truth is found in Matthew 18:21,22...

“Then came Peter to him, and said, Lord, how oft shall my brother sin against me, and I forgive him? till seven times? Jesus saith unto him, I say not unto thee, Until seven times: but, Until seventy times seven.”

If one's spouse commits adultery and genuinely seeks forgiveness, then we are to forgive unconditionally as the Lord commanded. Divorce is synonymous with unforgiveness and quitting.

Jesus NEVER said it was ok to divorce under ANY circumstances, which He plainly states in Matthew 19:8...

“He saith unto them, Moses because of the hardness of your hearts suffered you to put away your wives: but from the beginning it was not so.”

What Jesus did teach was that it is ok for a person to remarry ONLY if their spouse ABANDONS THEM FOR ANOTHER LOVER and doesn't return. I knew a woman years ago whose Bible teacher husband ran off with a much younger woman. The wife was devastated, hoping and praying for 5-years that her husband would return, but he didn't. She eventually remarried another Christian man. In that situation, it was Biblically ok for her to remarry because she was the victim of a divorce. Her husband treacherously departed from her, quitting his marriage vows and shaming the name of Christ.

In sharp contrast, I knew a man whose wife divorced him. She accused him of committing adultery and domestic abuse. He cried and begged her for forgiveness, but she refused. A self-righteous pastor's wife perverted the Scriptures and sinfully convinced his wife that she had Biblical grounds to divorce. The wife treacherously divorced her husband, dragging through court, claiming that she had Biblical grounds based on Jesus' teaching on fornication. The husband was horribly devastated. That pastor's wife is evil and so is the man's wife for divorcing him.

The wife should have forgave her husband and expressed her willingness to reconcile with him. At a minimum, she certainly had no Biblical right to divorce him since he was pleading for her forgiveness and begging her not to divorce him. Jesus was not a ruthless thug that approved of heartless abandonment and an unwillingness to forgive.

If your pastor teaches that divorce is ok if your spouse commits adultery, then you are in the wrong church. Go find a Biblical church where the pastor believes in unlimited forgiveness and unconditional love. Jesus commanded us to forgive; not just 7-times, but 7 times 70 (Matthew 18:21,22). In divorce, a person is expressing their unwillingness to forgive.

That meddling pastor's wife hypocritically broke up a marriage which was made in Heaven... "What therefore God hath joined together, let not man put asunder" (Mark 10:9). God will judge both of those women mercilessly on Judgment Day. Despite the husband's sincerest pleas for forgiveness, his wife coldheartedly said it was too late and blamed him for everything. The pastor's wife demonized the husband. According to Matthew 6:15, those malicious women are in serious trouble with God...

“But if ye forgive not men their trespasses, neither will your Father forgive your trespasses.”

Divorce is a vile sin rooted in self-righteous hypocrisy and unforgiveness. Instead of helping to reconcile the husband and wife, to honor the sanctity of marriage; the pastor's wife ruthlessly acted in feminist rebellion to encourage, nurture and cause a divorce. She is evil.

It is my opinion that a person whose spouse has abandoned and divorced ought to wait at least a few years before considering remarriage, unless the departed spouse has already remarried. There is something very wrong with a person who is considering remarriage before the ink is even dry on their divorce. We are living in an adulterous generation of quitters who look for excuses to justify their desire to divorce and move on. It is utter wickedness. Amy grant's husband of 16-years said he begged on his hands and knees for Amy to stay, but she divorced him anyway and married Vince Gill one year later.

Despite Amy's apostate claim that the divorce was God's will, her former husband Gary Chapman stated...

"It was not God's will that we divorced. It wasn't. That was not His plan. ... Did we allow God to do all He could do? Unquestionably no. No, we did not. 'Irreconcilable differences' [the basis upon which the divorce was sought] is such a lame and hollow phrase. That's what you say when you're afraid to say anything. It's the legalese that allows you to walk away. From my vantage point, we had one irreconcilable difference: I wanted her to stay, and she wanted to leave. Everything else, God could have reconciled" (CCM Magazine, January 2000, pp. 36,37).

Tragically, divorce is a sin that perpetuates for a lifetime. Though Amy has moved on, she destroyed Gary's life. I'm not trying to be unkind, not at all. It just makes me sick when people quit their marriage and then hide behind the Scriptures or some other lame excuse to justify what they wanted to do in the first place...

If you ask people why they do the things they do in life, they will give you sensible sounding reasons which seem to explain their decisions.  We like to believe that we exercise sound judgment, especially in the important decisions of our lives.

I think that this is rarely true.  I think that standard operating procedure for human decision making is to do what feels right to you at the time, and then to give logical sounding justifications for what you were already going to do anyway, whether you had justifications or not.

So, if you are pregnant, and want to get an abortion, you will be able to give any number of reasonable sounding explanations why this is the right decision.  You're not ready to be a parent, or you need to finish your education or get to a better point in your career, or you don't have enough money, etc.  If instead you want to keep the baby, you will explain how even though you will have some extra difficulties due to the lack of money or whatever, you will certainly be up to the challenge to make your life work with the baby, how being a parent will be good for you, what a great parent you'll make, how it will bring you and the father closer together, and so on.  In either case, none of these will be the real reason for your decision. The real reason for your decision will always be, "I did it because I wanted to do it."

Divorce is no exception to this hypocritical method of reasoning. People divorce because it's what they want to do, period. Then they cowardly look for excuses to justify it—by twisting the Scriptures around and listening to biased friends and family who lie to them that they did the right thing.

Other than death, the only situation in which God permits a person to remarry is if one's spouse runs off with another and does not seek reconciliation or forgiveness. If our spouse seeks forgiveness and reconciliation, we are Biblically obligated to give it to them. Of course, if either spouse is already remarried, then it is too late to reconcile as husband and wife. If you are remarried, then you ought to honor your present marriage vows and NOT commit the same sin twice by going back to a former spouse.

Contrary to the cold-heartedness of the world today, the Word of God teaches unlimited and unconditional forgiveness. If an evil woman like Hillary Clinton can stay married to her pathetic adulterous husband; then why are Christian women divorcing their husbands? Think about that. Why are unsaved women remaining loyal to their husbands; while professed "Christian" women are filing for divorce? Are heathens more forgiving than Christians nowadays? It would appear so in many cases. Something is wrong with many professed Christians today. We ought to be willing to forgive and reconcile. Please read, Who's the Biggest Sinner?

There are far too many divorces today because the United States has become a land of spoiled namby-pamby brats (selfish and immature women in particular, who file for divorce at TWICE the rate of men). Christian women are no better. The reason is because of the demonic, unbiblical teaching in our churches that divorce is acceptable in situations of infidelity. No, it is not! Jesus DIDN'T allow divorce and neither should any pastor or evangelist.

A person being in a helpless situation because their spouse has abandoned and divorced them is entirely different than some unforgiving spoiled brat who wants a divorce because she isn't willing to forgive and reconcile with a sorrowful husband who realizes he has sinned. Jesus was addressing the former when He spoke of divorce and remarriage. Any wife who divorces while her husband is begging for forgiveness is a cruel and heartless monster.

"And grieve not the holy Spirit of God, whereby ye are sealed unto the day of redemption. Let all bitterness, and wrath, and anger, and clamour, and evil speaking, be put away from you, with all malice: And be ye kind one to another, tenderhearted, forgiving one another, even as God for Christ's sake hath forgiven you." —Ephesians 4:30-32

Dr. Hyles, Marriage, Part 6
(you may think you got a raw deal, but marriage is a commitment)

"Preaching is fire in the pulpit that melts the ice in the pew."
—Dr. Jack Hyles